"The coat of arms of the Ikutani family" 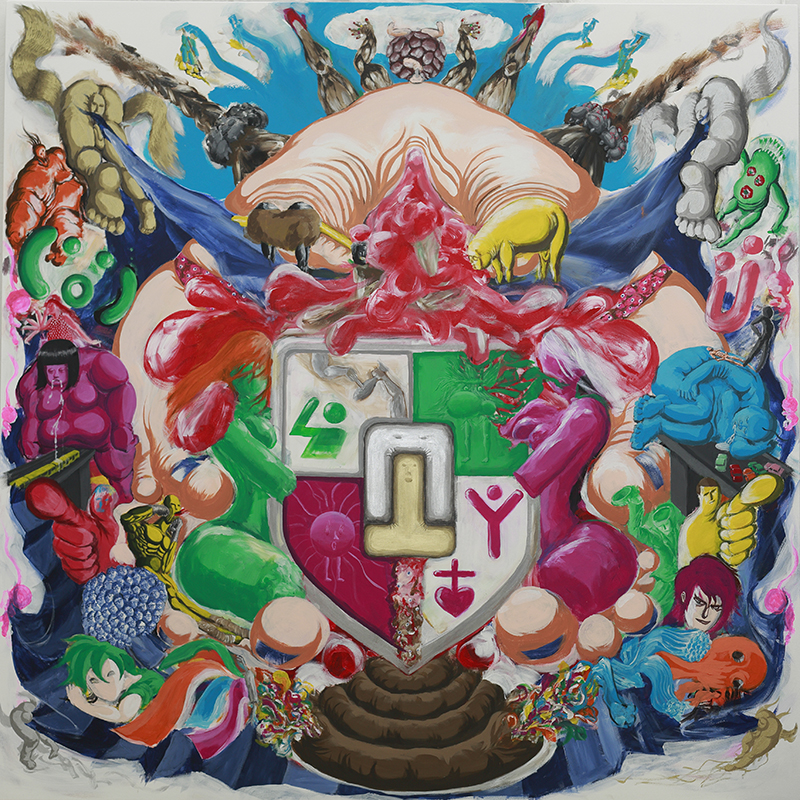 "The coat of arms of the Ikutani family" is a work that I was attracted to the coat of arms of each of the royal families in Europe, and since I don't have a coat of arms in my family tree, I created the coat of arms. The motifs allocated to the left and right objects of the coat of arms, the fusion of the two-dimensional and the three-dimensional, the combination and use of unbelievable symbols, and the depth through the use of not only the two-dimensional but also the family history. I composed these using characters I've invented so far. For example, in the center of the shield is a symbol of the family history, such as the mother who continues to give birth to living things, and the parents' company was born when the hackers and fish market, which was the occupation of both grandparents, merged. 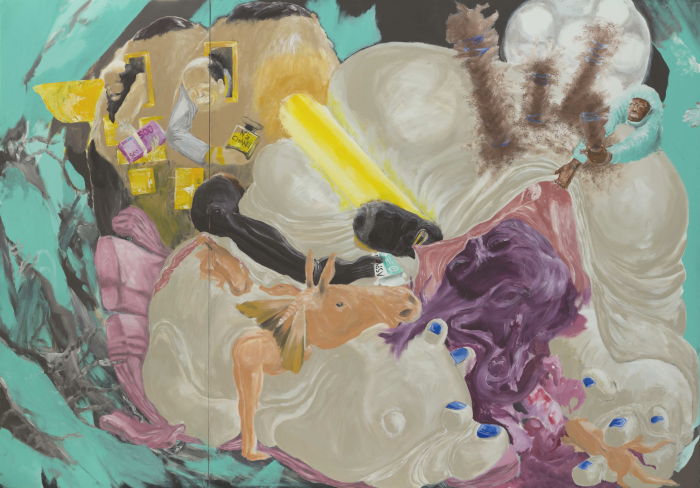 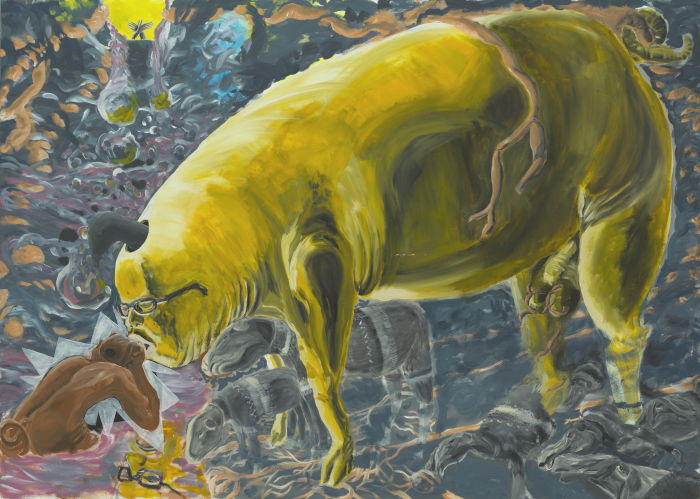 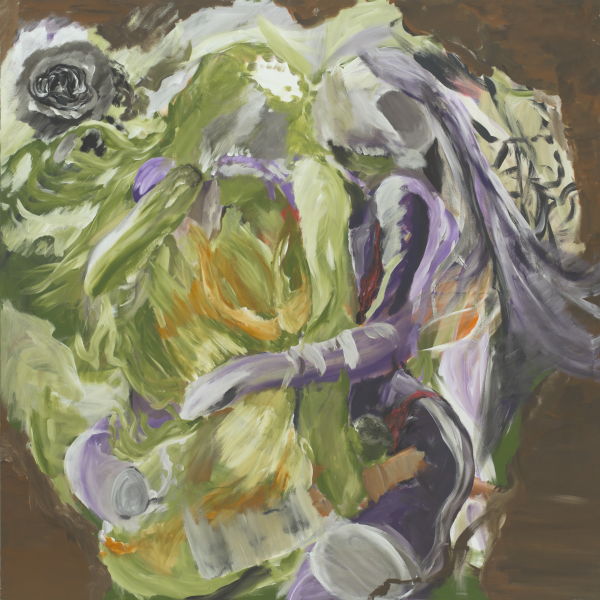 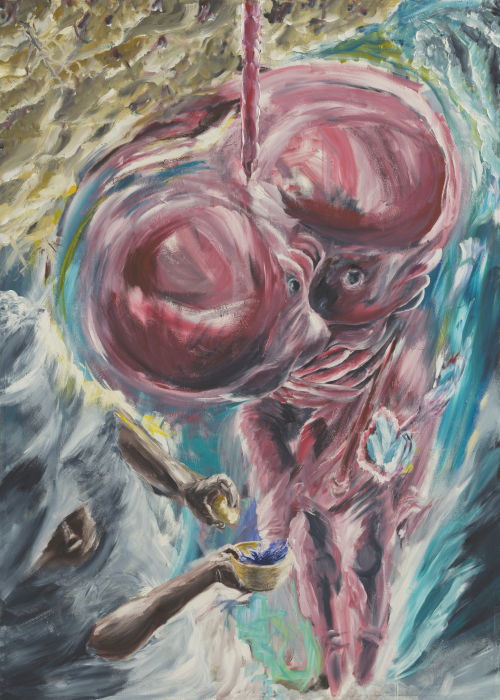 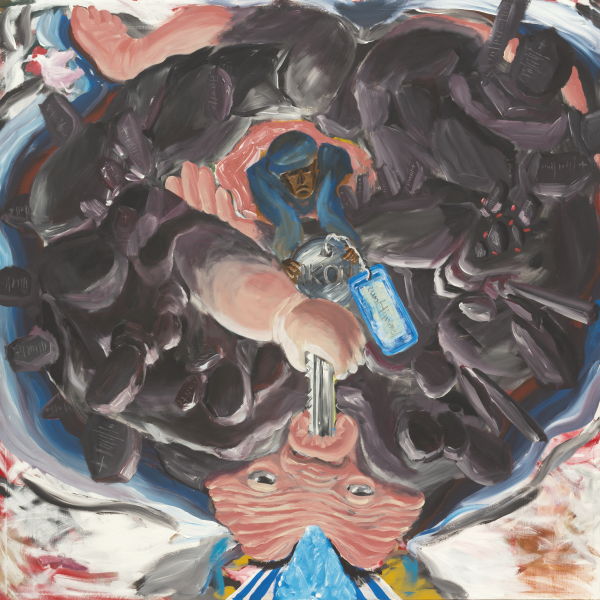 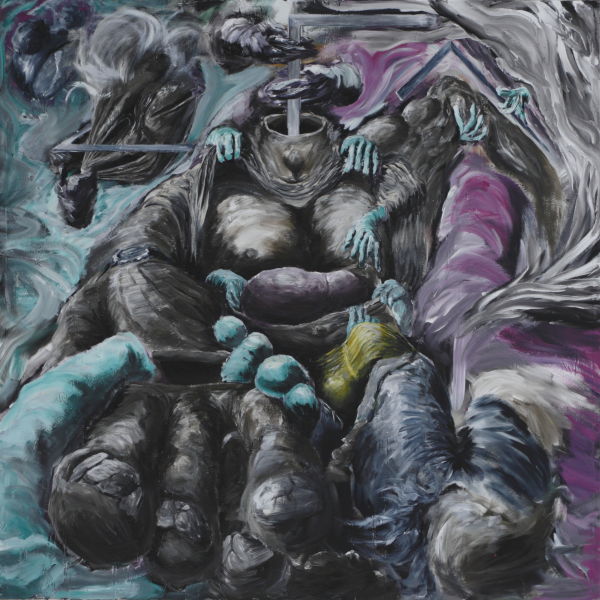 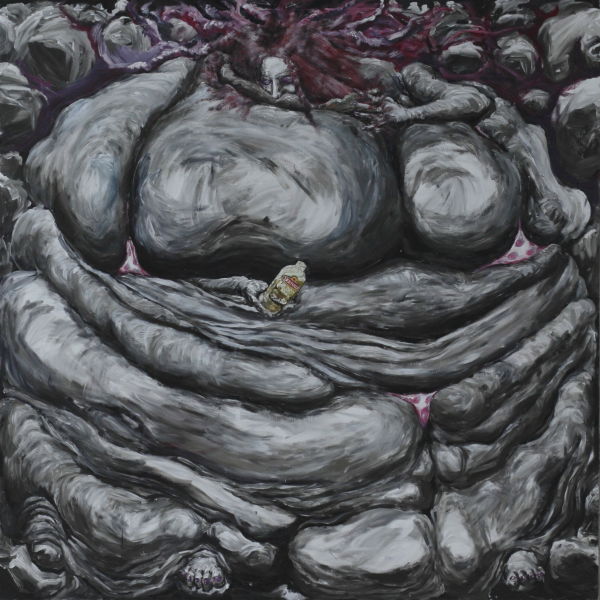 After using the New Testament as the subject of the piece, I next looked for a theme for the piece. I thought it was my mission as an artist to take up the theme of Kojiki, a Japanese myth and Bible, which I had been dealing with through the activities of Denki Kagura. I've been living in Berlin for so long that I can say I'm half German and half Japanese, so this is an attempt to see what kind of expression I can come up with when I interpret the culture of my home country, Japan. Here, too, I read the text of Kojiki and interpreted it directly by myself. What was interesting to me was that Izanagi, the creator, gave birth to children (gods) even though he was a man, and this was a story that I could relate to my own creative work, which I call the Pregnant Man. 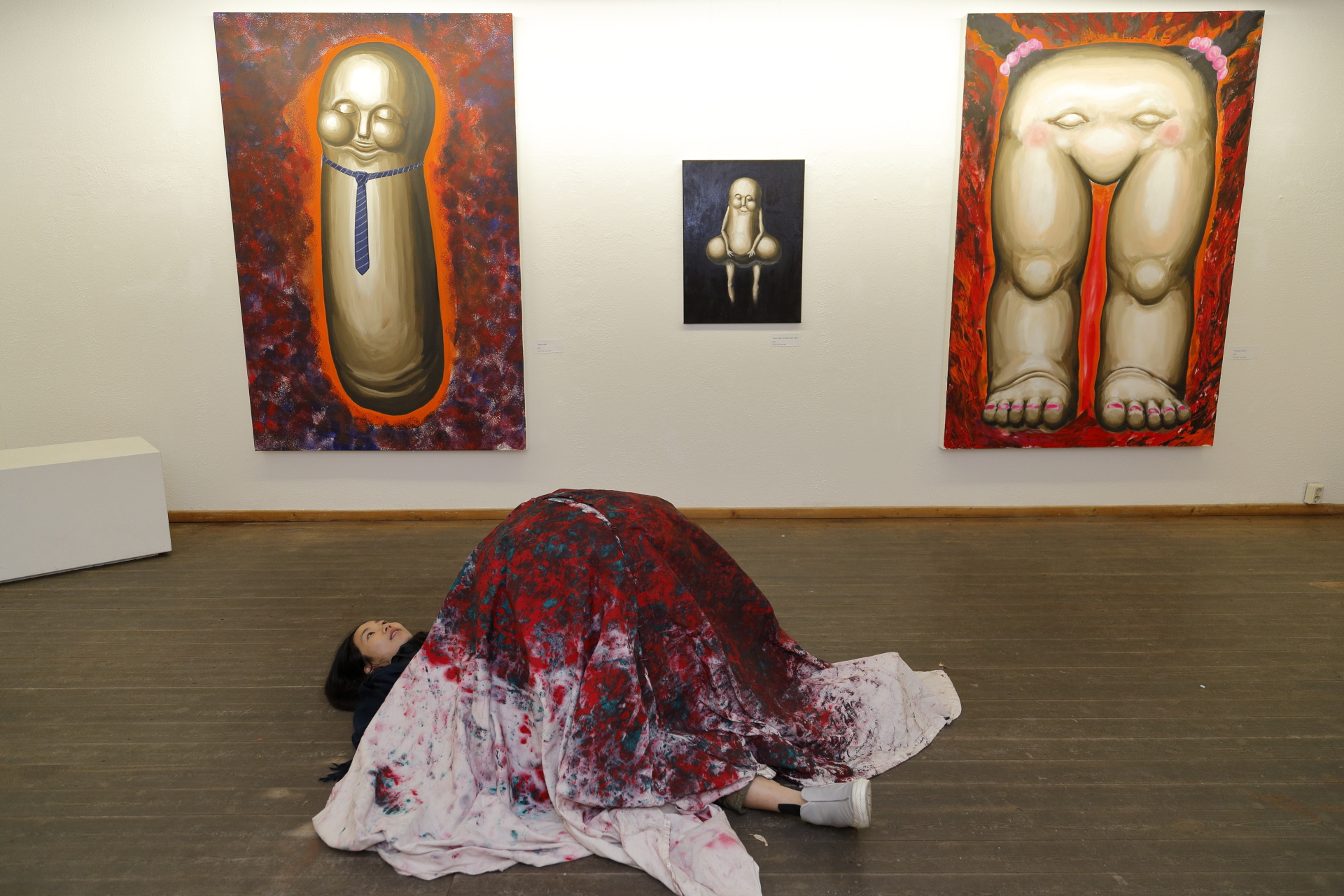 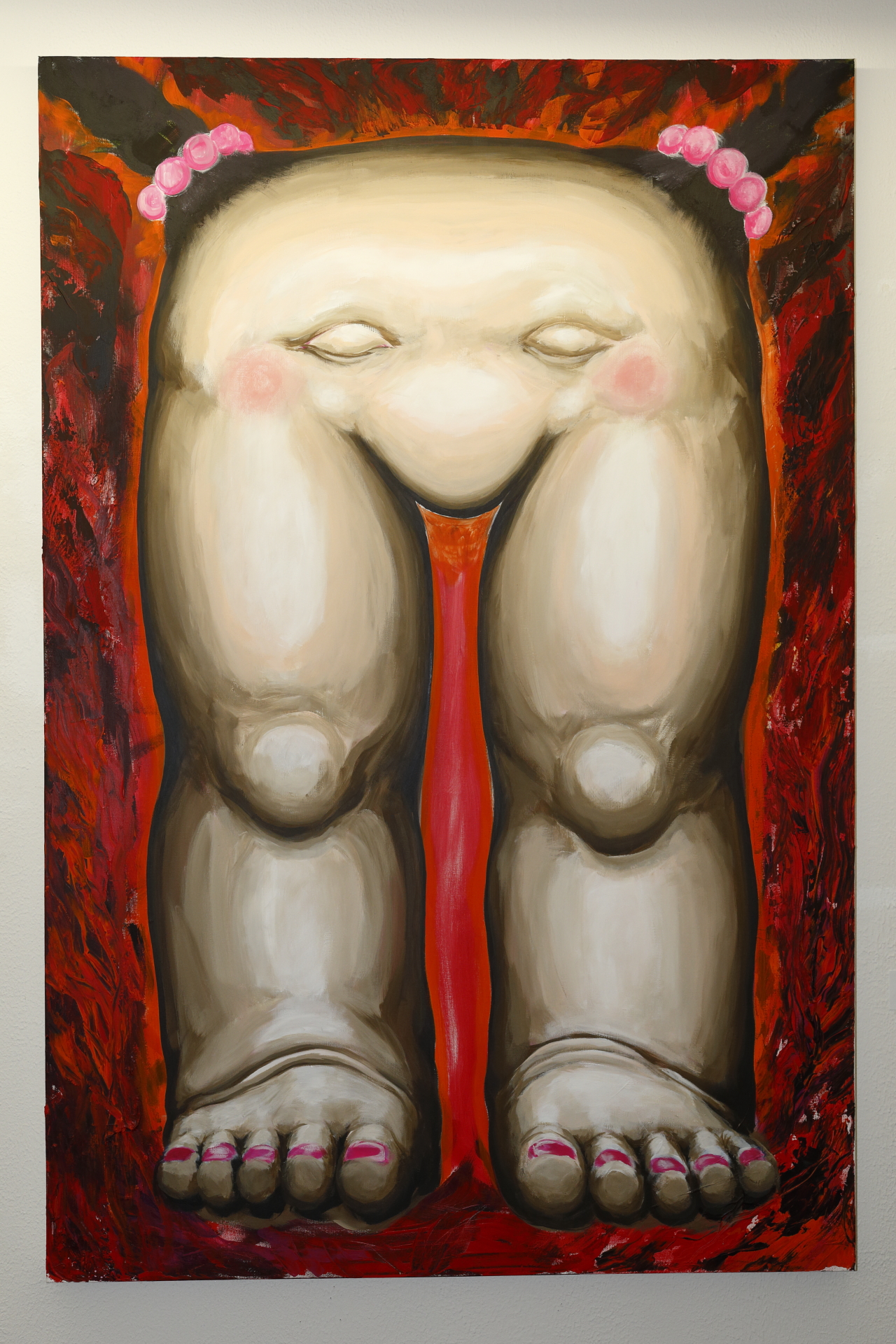 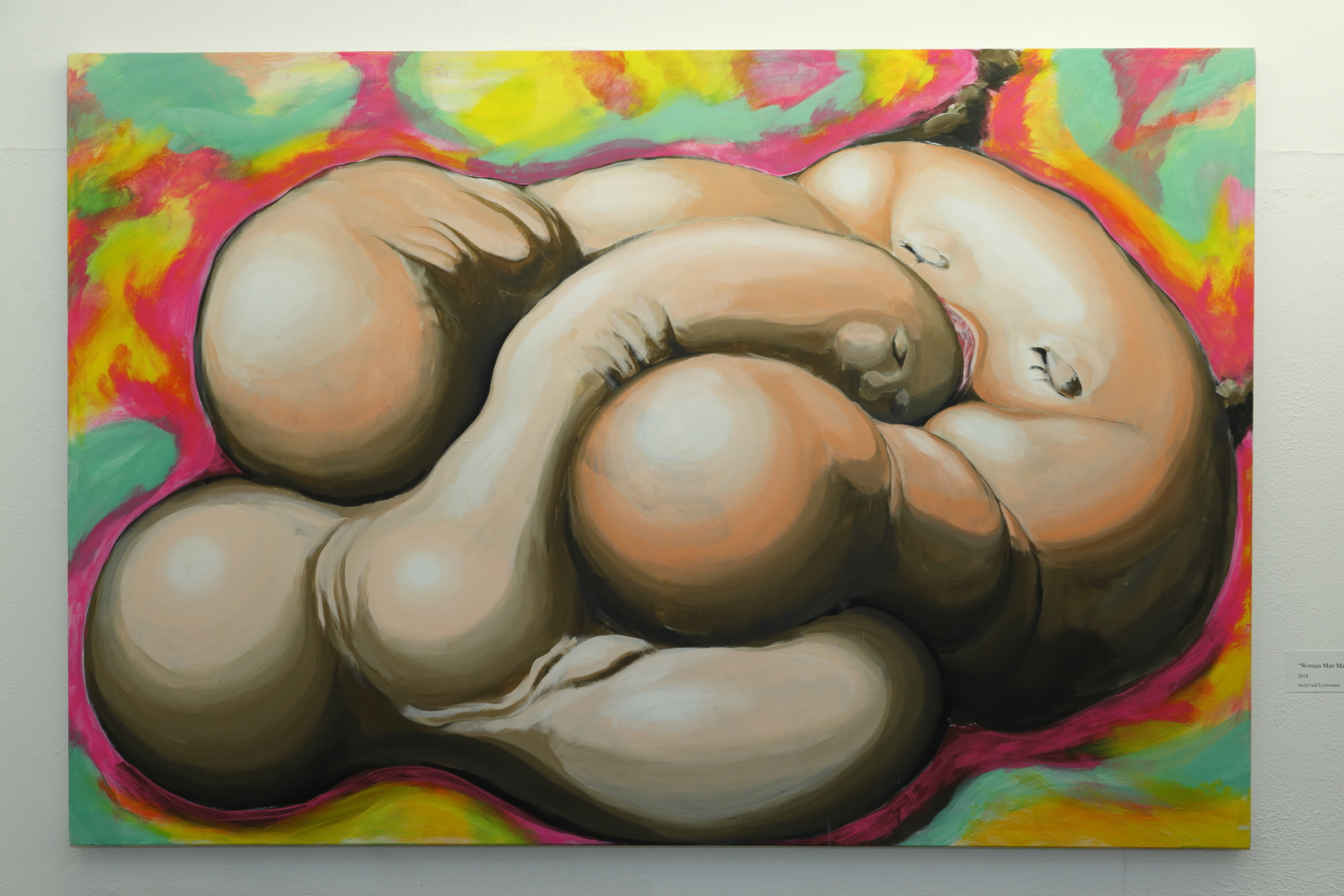 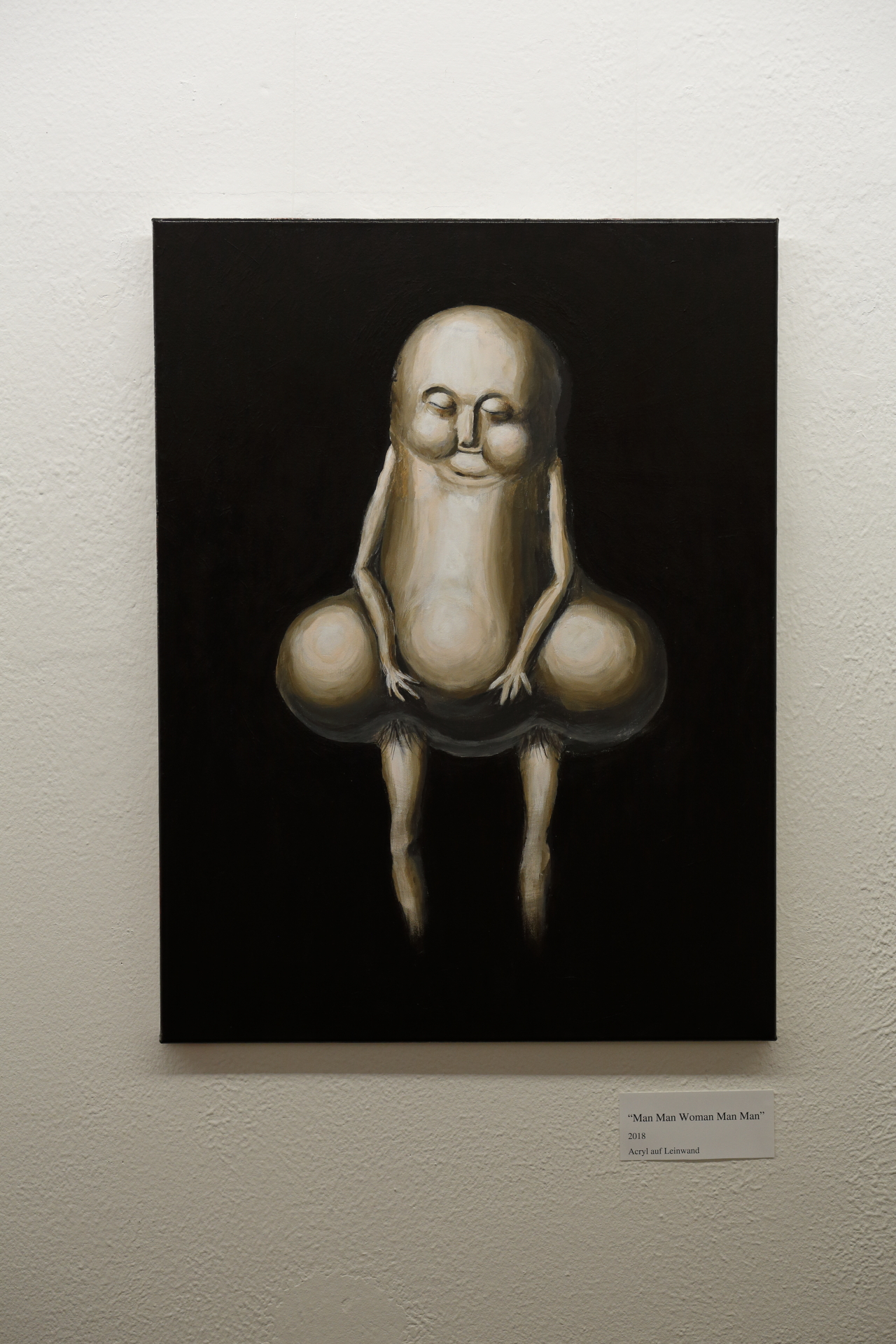 Haribo vs. Chocolate is, as you can see, a work that uses sweets as a drawing tool. There's not much to say about the subject, but there's one piece that treats Haribo and Chocolate like opposing armies and depicts the war between Haribo and Chocolate and the struggle for supremacy. These works are very popular with children. 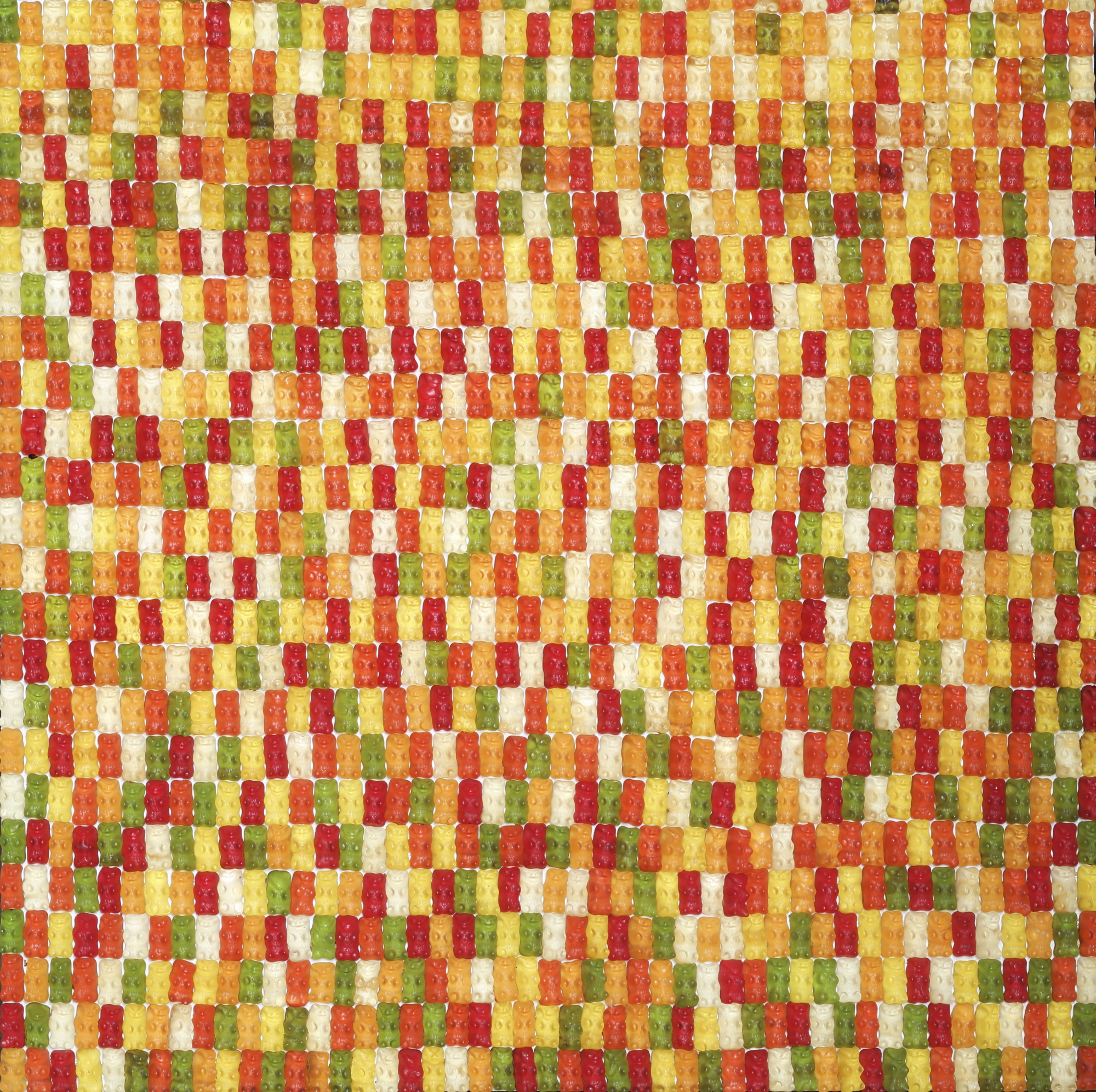 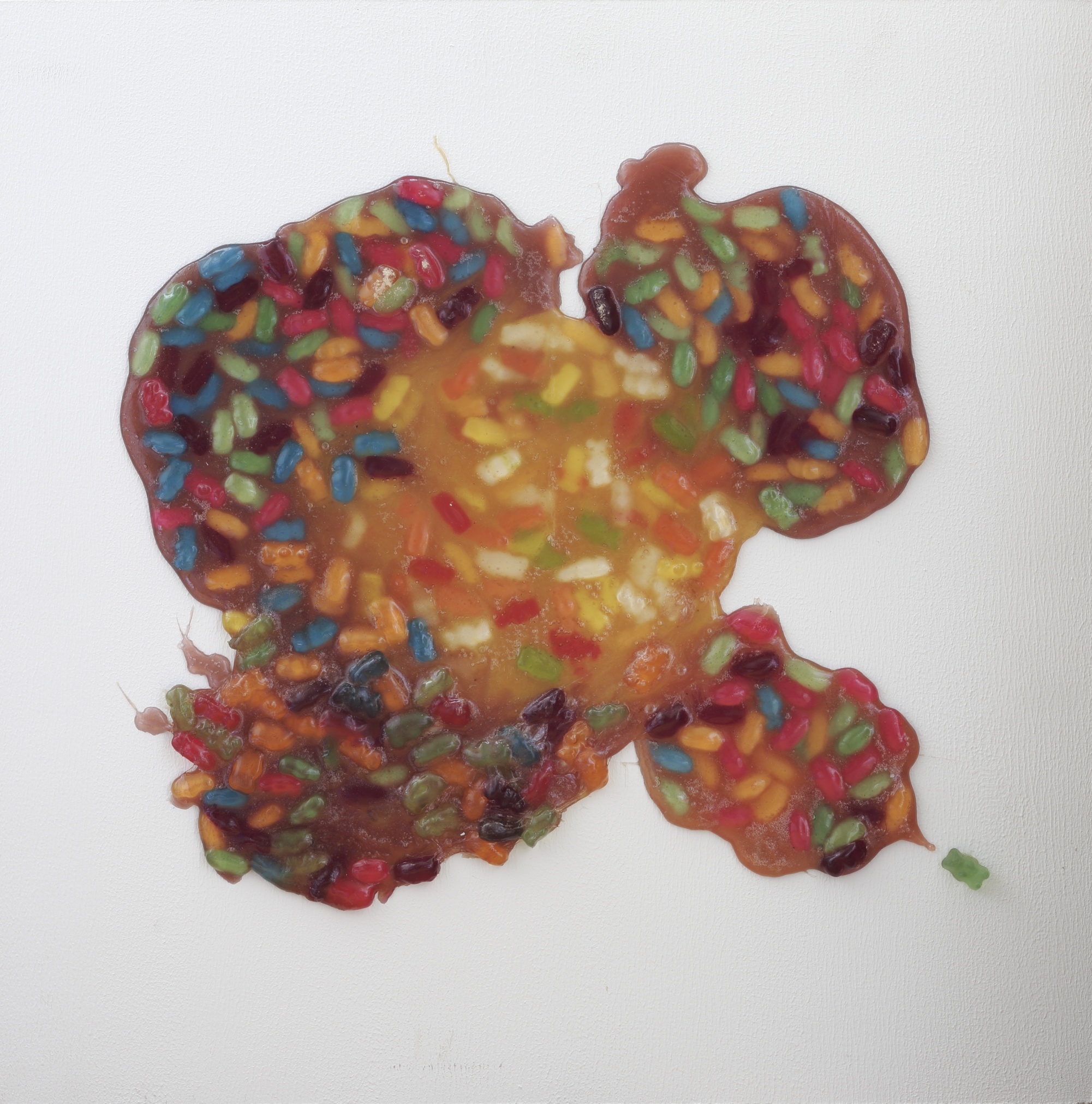 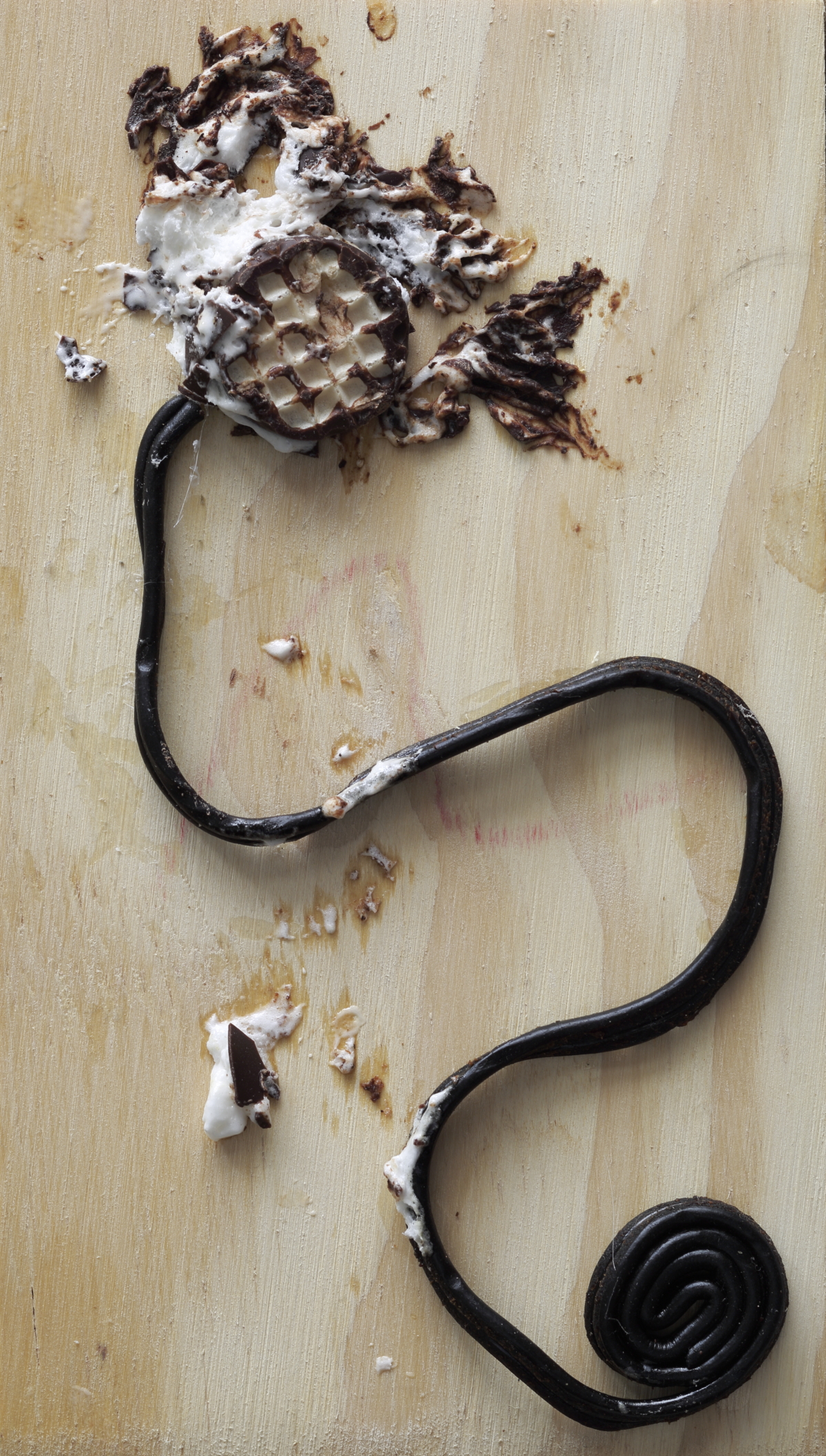 This project was commissioned by Raum Sektor, who I always work with, and I painted the walls and ceiling of the stair landing at YouTubeSpace in Berlin with designer Tadaaki Kumagai. The design is Raum Sektor, but I drew it so that when you stand at a certain point, the red line looks like a swirl. As a result, it was powerful even when it stood in a place other than the one it was supposed to be. 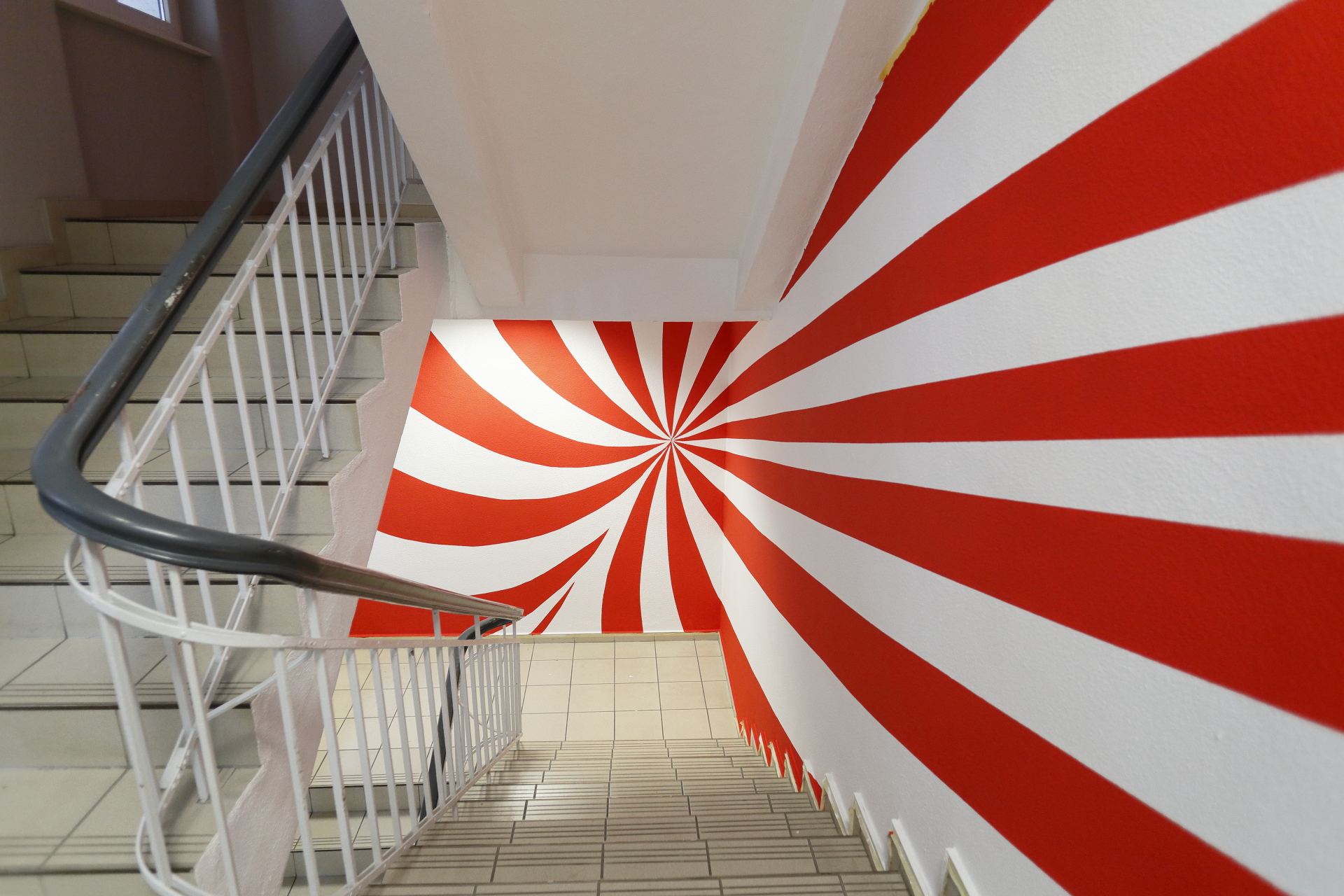 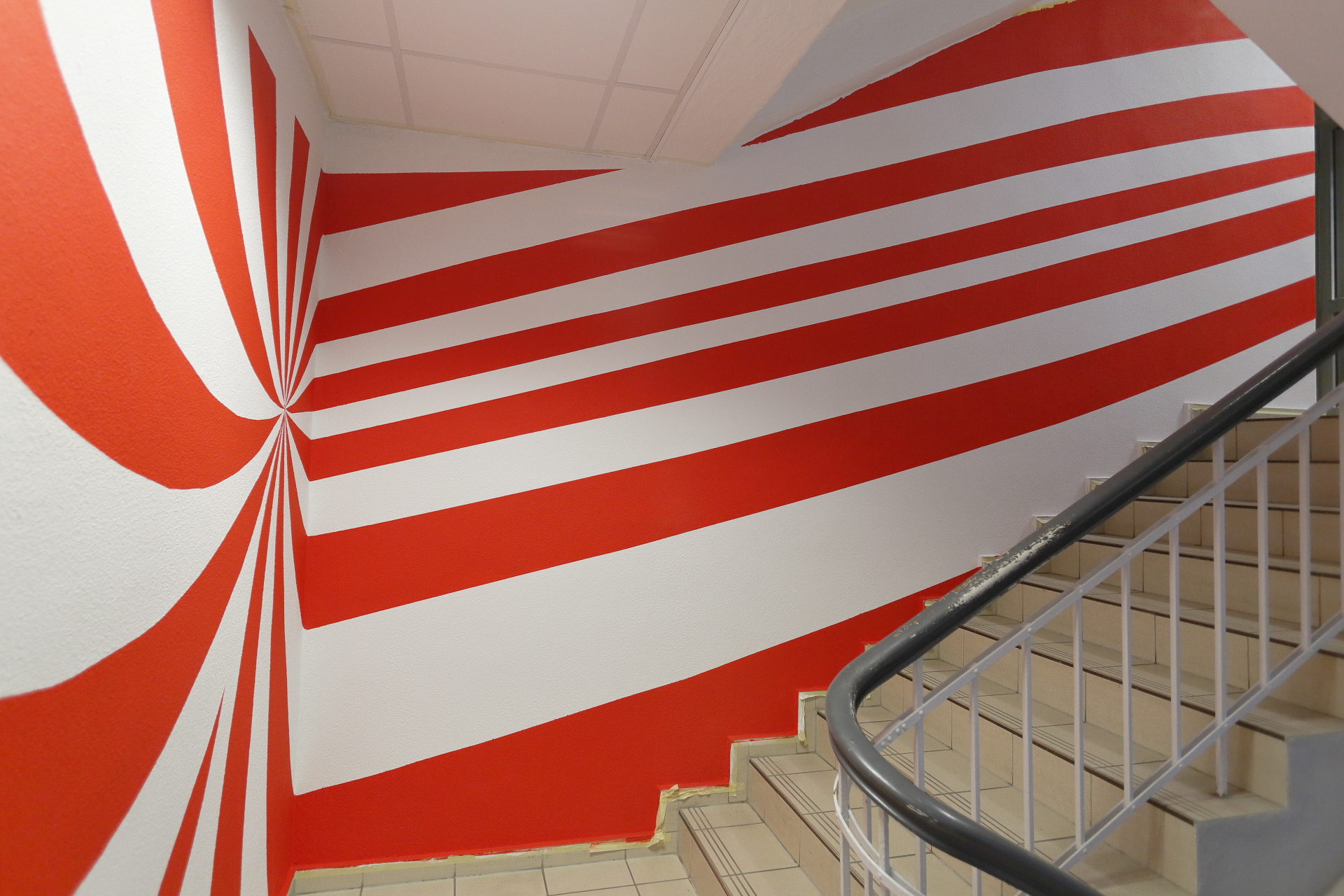 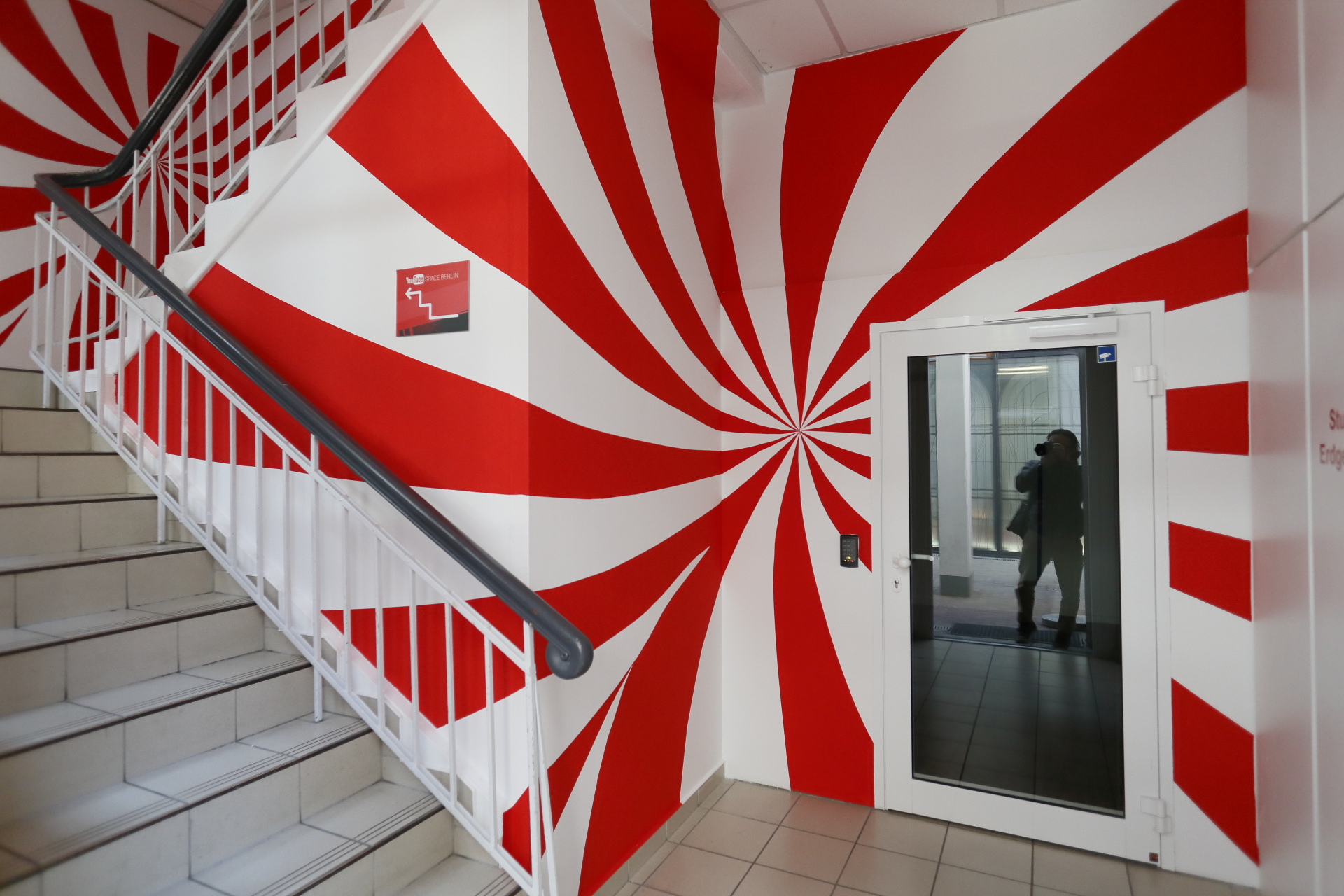 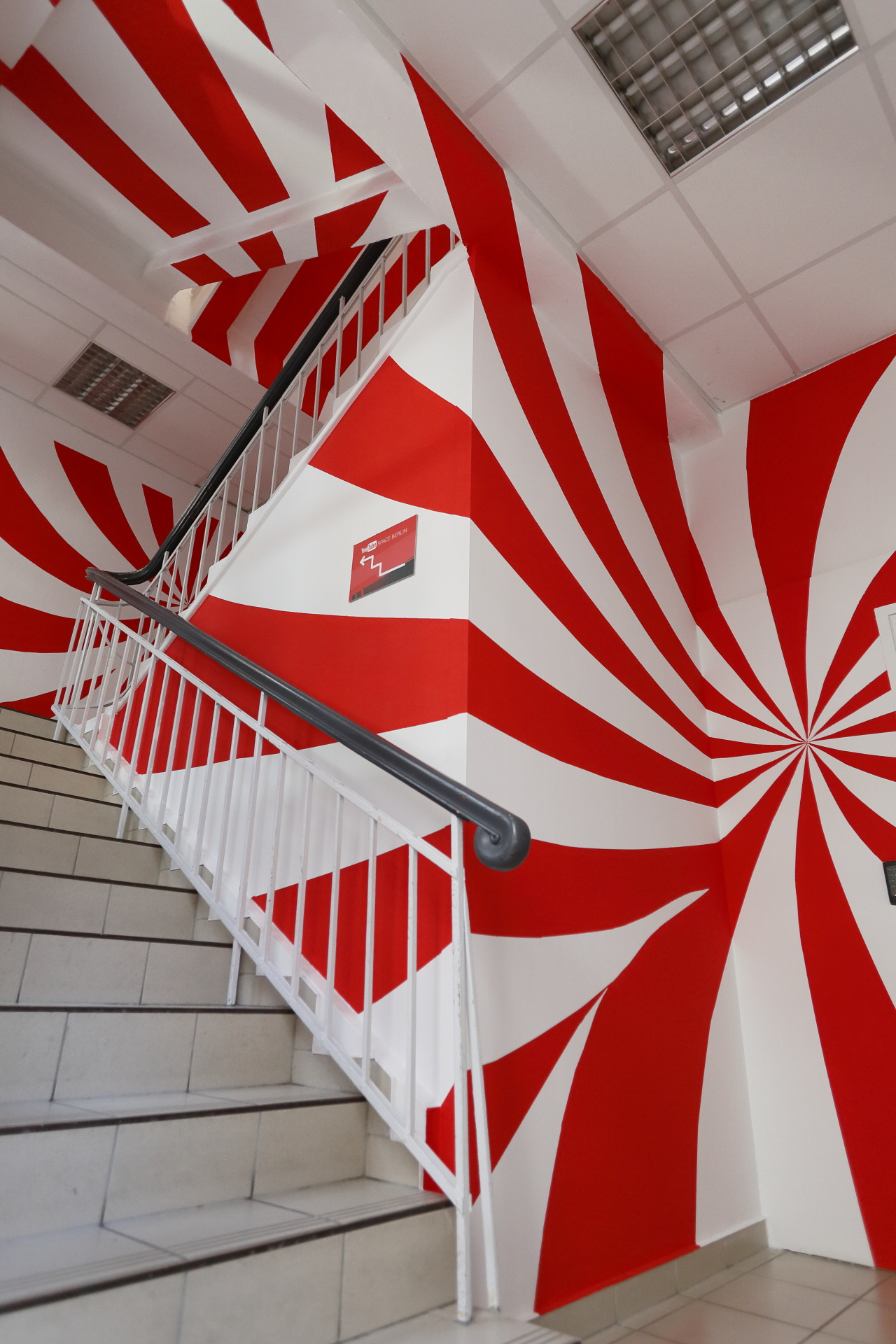 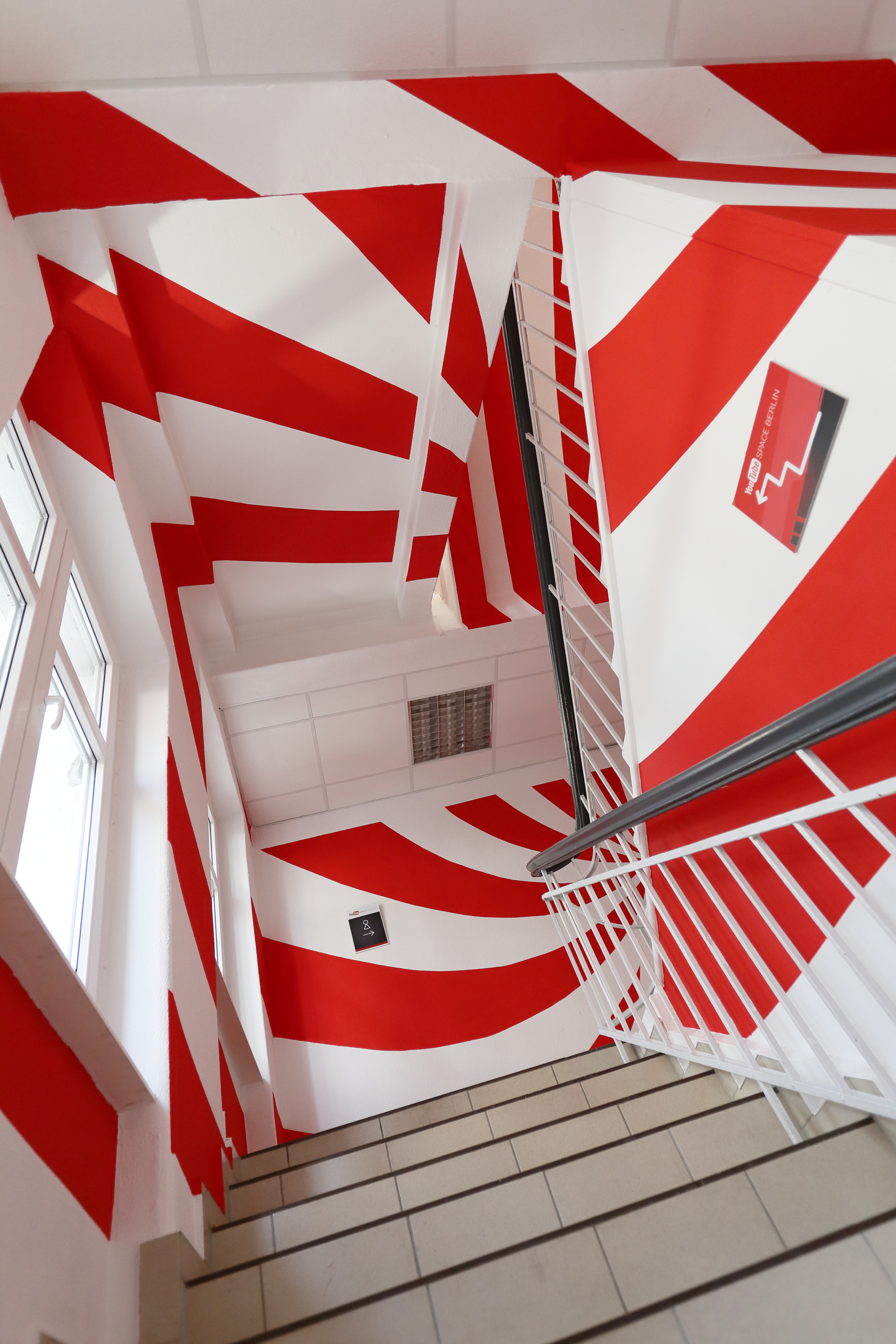